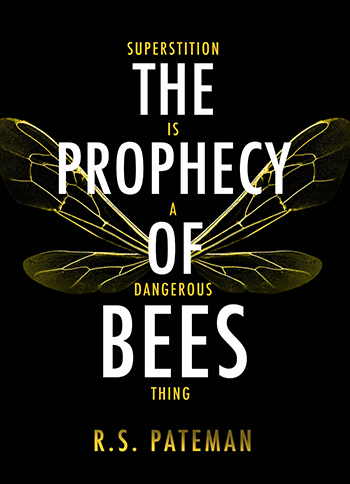 In July 2014 my debut novel, The Second Life of Amy Archer, was published by Orion. I thought I was the luckiest person on the planet.

Now my second novel, The Prophecy of Bees, is on the shelves and I feel lucky all over again.

Once again, it’s a psychological thriller. Once again, it has a female narrator. Only this time I’ve left London behind and am playing with my characters’ minds in a remote manor house in the Cotswolds, where a mother’s battle to pull her troubled teenaged daughter back from the brink, falls foul of sixteenth century witchcraft, superstition and murder.

There’s a rundown on the plot below and a trailer, as well as an insight into where the idea came from.

It’s published by Orion in trade paperback and e-book.

superstition is a dangerous thing

Moving to Stagcote Manor was meant to be a fresh start for Lindy and her teenage daughter Izzy. A chance at a new life in the country after things went so wrong in London. But for Izzy it is a prison sentence.

There's something about the house that she can't quite put her finger on. Something strange and unnerving. As Izzy begins to explore the manor and the village beyond its walls, she discovers the locals have a lot of bizarre superstitions and beliefs.

Why is there a pile of stones and an eggshell full of water in the fireplace? Can re-positioning pillows really prevent nightmares? And can bees really predict the future?

When Izzy begins to investigate the history of the estate, her unease deepens to fear as the house's chilling past finally comes to light and she finally understands why the locals call the house Heartbreak Hall.

When I was writing The Second Life of Amy Archer, it was all consuming. I hadn’t really given any thought to what I might write after that – finding a publisher for Amy Archer was the priority.

When my agent, Oli Munson at A M Heath, told me he needed a synopsis for a second book to send out to publishers alongside Amy Archer, I was stumped – but only for a while.

Inspiration wasn’t far away. In fact it was all around me.

I’d been lucky enough to escape to a friend’s house in the Cotswolds to write Amy Archer. The house was lovely. The surrounding scenery stunning. The local history fascinating. 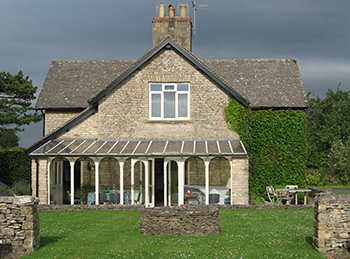 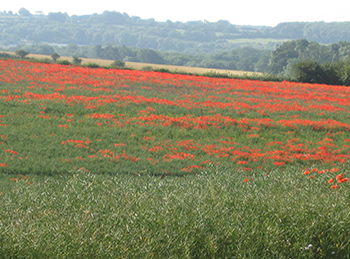 The house I was living in had once been the Gate House of a much larger manor house, which was still standing. There was another Gate House on the other side of the manor’s estate. This got me thinking about the break up of large country estates – and the rivalries, arguments and disruption this would have caused.

A guide to local folklore that sat on a table in the front room was the next part of the equation. I discovered stone circles, legends, witches, ghosts and demons. 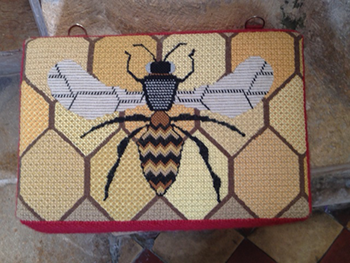 Slowly the premise evolved. The plot developed. The writing started. It wasn’t long before I encountered second book syndrome!

Amy Archer hadn’t exactly written itself but its progress was relatively smooth in comparison to Bees. In fact, the various versions were all completely different (and entirely complete) novels – all had the same premise but the characters, plot, tense and narrator changed every time.

It really opened my eyes to the fact that there really are so many ways to tell the same story – and just how many different stories there are to tell. 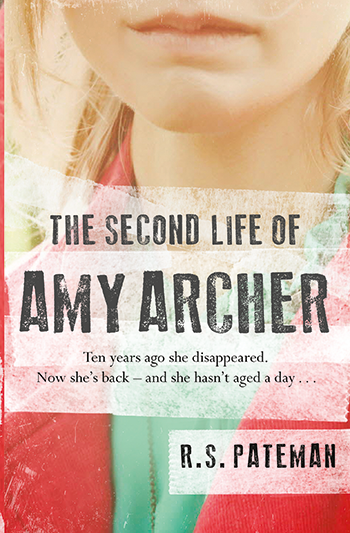 My debut novel is a psychological thriller that online reviewers have been putting in the same box as Gillian Flynn’s Gone Girl and S J Watson’s Before I Go to Sleep. This does my head in - but it would be rude to argue so...

You can see if you agree by taking a look at a sample chapter here (PDF download).

There’s a run down on the plot and a trailer below, and a short piece on where the idea for the book came from some twenty odd years ago.

It’s published by Orion and is available in trade paperback and ebook.

“An innovative thriller that examines dark themes of identity and child exploitation.” The Bookseller

every mother’s nightmare just got worse

On 31st December 1999, ten-year-old Amy Archer went missing from her local playground. Her body was never found and the lives of her parents, Beth and Brian, were torn apart.

On the tenth anniversary of the disappearance, Beth is alone, still struggling with the enormity of her grief and the horror of not knowing the fate of her only child. But the fear and confusion have only just begun, and Beth's world is turned upside down when a stranger knocks on her door, claiming to know what happened to Amy.

Beth is introduced to a little girl who is the uncanny double of her missing daughter, who knows things that only Amy would remember; the name of her favourite toy, the place where she scratched her initials, what Beth likes for breakfast. But this can't be Amy, she hasn't aged a day...

Now Beth is forced to question everything she has ever believed in, and push her faith and her sanity to the limits, if she is to find out the truth about what happened to Amy.

It would be lovely to say the premise for The Second Life of Amy Archer came in a flash of inspiration too potent to be ignored. And I would love to be able to claim that I knew it was a winning idea from the outset.

But I’d be lying on both counts if I did.

Truth is, the novel’s roots can be traced back to a police reconstruction I’d seen on Crimewatch or the local news, some twenty odd years ago. Unusually, they didn’t just show the ‘missing girl’ in the place where she’d last been seen – they went behind the scenes too - something I’d never seen before.

Seeing the girl being given the clothes she had to wear, having her hair and make up done and then being given directions on where to stand and what to do, blurred the lines between fact and fiction.

It got me thinking about memory and perception. About how the actress might feel tracing the steps of someone who looked just like her, who’d been in that exact spot, in those exact clothes, and never been seen again.

This is where a blinding flash of inspiration was meant to strike and send me scurrying to my keyboard. Instead, I jotted a few words in a notebook: ‘Police reconstruction. Fall out for lookalike/parents?’.

And I put the notebook in a drawer – where it sat for the best part of twenty years.

When I did eventually start to take my writing ambitions more seriously, I was lucky enough to bag myself a great agent who had doubts about the commercial promise of the book I was writing at the time.

‘Have you got anything else?’ he said.

The police reconstruction idea popped into my head immediately. It was still just a thought – I could give no details on plot, structure, characters or outcome.

So I did – and the rather bald idea I’d had two decades before slowly began to develop.

Once I’d started the book, its themes quickly became apparent: loss and hope, memory and illusion, doubt and belief. And second chances of course.

After burying the original idea for twenty years, I knew all about second chances.